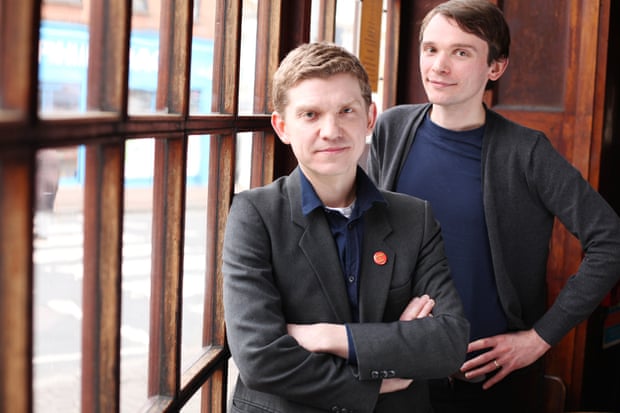 “We don’t spend any money so we can do what we want,” says Peter. “And if that’s harder work,” says David, “then it’s the price of being free.”

A super-interesting chat from 2012 with one my my favourite bands – and certainly a convo that reveals a lot more about the music industry than people let on. Have a little read of the article and think about it.

It’s tempting to have this post and a post about my love of the band as separate entities, as both subjects inspire equally strong reactions!

Like most things in the world of entertainment, the music biz looks a lot more glamorous than it actually is – but as with other forms of art as entertainment, there seems to be some kind of disconnect in Joe Public’s mind between reality and the effort actually involved in the ‘work'(s), the value vs the compensation, and the perception of success perpetrated by the media. It does strike me that – having studied music academically (well, kind of!) for years and having many musician/artist friends – the average person on the street doesn’t really know how musicians get paid or what the monetary value of music actually is, they only know what ‘success’ looks like, and I feel like most people expect to get music for free (or, that if they pay a huge company like Spotify, that their money is going to the artists they listen to, which isn’t strictly true at all).

Yes, I may have gone off on a tangent but I reckon the article’s a good jumping off point. It’s my blog and I can do this. Boom.

I got hip to Field Music admittedly after Prince tweeted their track “The Noisy Days Are Over” from the Commontime record back in 2015 (and the subsequent happy saturation BBC 6 Music have had with their songs ever since). I really dig their music – the closest thing I can peg it to is Talking Heads but that does them an injustice. Compared to what some may consider my usual temperament, Field Music’s output is thoughtful, emotive, confident but not arrogant, and very warm. And, very groovy indeed! I went to see them at the Barbican Centre in 2018 and it’s probably one of the best shows I’d ever seen – performing to a seated auditorium, they turned the stage into their house and welcomed us all into an intimate and friendly storytelling, where the story was not a literal recollection but a positing of sentiments – with the ensemble all weaving the groove together in equal, accomplished joy and without ego.

Forgive the gushing adjectives, but it was really great. We’re seeing them again in February next year, at the Kelvingrove Gallery (this is in a similar vein to the shows they did in the Imperial War Museums for the centenary of the 1918 armstice) for a tour which I presume is to promote their new album Making A New World which come out in January. I’ll link the single below.

If you’ve never heard of Field Music before? You can thank me later 🙂

This site uses Akismet to reduce spam. Learn how your comment data is processed.

One Nation Under A Groove – Translate